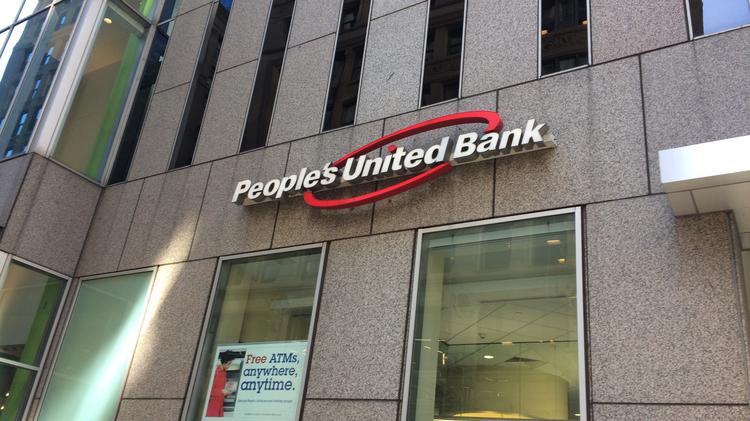 COURTESY
People’s United is the defendant in a new lawsuit

Six current and former People’s United Bank employees, most of them one-time managers, have leveled explosive allegations against the bank’s senior Massachusetts leadership in a new lawsuit, saying executives have repeatedly discriminated against people of color and other workers and retaliated against them when they complained.

The lawsuit, filed in federal court in Boston, focuses on Anna Greener, the bank’s (Nasdaq: PBCT) Massachusetts retail director and senior vice president for growth. Greener, who once held senior positions at Citizens Bank and Eastern Bank, has used racial epithets to demean employees and transferred managers of color out of branches in predominantly white neighborhoods because of their skin color, the lawsuit alleges. For instance, Greener criticized the manager of the bank’s Copley Square branch, an African-American woman, saying she “dresses like a hood girl” and calling her “ghetto,” according to the lawsuit. She allegedly told another AfricanAmerican manager that she does not “take orders from Negroes,” and a Muslim employee that she hoped she was not a terrorist, according to the lawsuit.

The suit quotes her as saying in a management meeting that “a black woman should not be managing Copley,” adding that she allegedly suggested the manager “would be a better fit in Chelsea.” Chelsea is a minority-majority city that borders Boston.

People’s United is headquartered in Connecticut but has a large and growing presence in Greater Boston. As of last year, it was the eighth-largest retail and commercial bank operating in the Boston metro area, with nearly $6 billion in deposits, and this year it has been one of the biggest providers of Paycheck Protection Program loans in the Bay State.

Barnes said that People’s United embraces diversity and inclusion. “Diversity is recognized as a key driver in the long-term success of People’s United Bank and we embrace the differences and individuality of our employees and customers, who share different backgrounds, ethnicities, races and sexual orientations,” the chief executive said in his statement

But in the lawsuit, the six bankers allege that the “toxic workplace culture” and “hostile work environment” extend beyond Greener to other Massachusetts executives, and include not just racial discrimination but religious, gender and antigay biases. The lawsuit claims that the bank’s upper management, including Massachusetts president Patrick Sullivan, was aware of the alleged discriminatory treatment.

“I don’t want People’s United management to say it’s one bad actor, because it is more than that. I think they condoned it, and in many cases promoted it,” said Travis Pregent, the Boston lawyer representing those bringing the lawsuit.

‘What happens in this room…’

Two of the bankers bringing the suit — Jason DeMello and Mamadou Dembele, who no longer work at People’s United — took part in so-called “nine-box” meetings, where People’s United executives would discuss assignments for branch managers, according to the lawsuit. Nine-box matrices are a business tool used by managers to assess and discuss employee performance for corporate talent development.

DeMello, a former vice president and senior marketing manager, was at a meeting when Greener allegedly said the Copley branch manager, Renee Welch, should be reassigned based on her race, the lawsuit said. DeMello, who had hired Welch, complained to Greener and another executive that such a move would be illegal and unethical, but Greener told him that “what happens in this room stays in this room,” according to the lawsuit.

“I’ve attended many, many nine-box meetings. This is not how they are to be conducted,” DeMello said in an interview with the Business Journal. “It was disappointing, eye-opening and shocking to me.”

Even though Welch met or exceeded her goals, Greener held Welch to unreasonable targets in her compensation plan, routinely refused to approve reasonable business deals for her, and temporarily moved money out of the Copley branch so that Welch’s performance seemed worse, the lawsuit said.

Welch, who is one of the plaintiffs in the lawsuit, could not be reached for comment regarding the allegations.

Welch was ultimately transferred to the Chelsea branch, and a white male was made manager in Copley Square, the suit claims. She still works for People’s United, with Greener as one of her supervisors, according to the suit. Welch is the only one of the six plaintiffs still working at People’s United.

Another time, Greener said that People’s United management wanted to move an African-American assistant manager — Souleymane Mori, another plaintiff — from North Andover to Lowell, the lawsuit said. When asked for an explanation, Greener allegedly said the assistant manager “would be a better ‘fit’ there because Lowell has more immigrants, Kenyans and Tanzanians.”

In both instances, the transferred managers likely would have made more money had they stayed in the predominantly white neighborhoods, according to the lawsuit.

Like many companies, People’s United spoke up as protests took place nationwide following the killing of George Floyd in Minnesota. In early June, it issued a statement that said the bank “does not tolerate inequality of any form inside or outside of the organization, and stands in unity with those who are peacefully protesting.”

Also like many companies, the bank is now on the hunt for a chief diversity officer. In a job posting, People’s United says it is seeking someone to set a diversity strategy for recruiting, employee development and other efforts at the bank.

‘It’s an accepted culture there’

The suit brings claims for discrimination and retaliation in violation of federal civil rights law, among other counts. The six bankers are seeking monetary damages, lost wages and other awards.

DeMello and Dembele themselves were subject of discrimination, the suit said. According to the lawsuit, Greener told DeMello, who is gay, that she heard he had “gotten AIDS” and as a result would not be able to do his job properly. DeMello had been HIV positive for nearly 20 years at the time, he told the Business Journal.

Another time, when DeMello and another gay employee arrived at a meeting, a different People’s United executive remarked he was “glad the pansies could make it,” the suit alleges. Once, when DeMello brought two gay clients to meet a senior People’s United broker, the broker refused to shake their hands, later telling DeMello “it’s an AIDS thing,” according to the lawsuit.

Greener allegedly said of Dembele, a former market manager, that he “can’t speak English” and must have large genitalia, according to the lawsuit. She told him she does not “take orders from Negroes” during a meeting after he asked her if she would mind observing him when he gives presentations in order to provide feedback, Dembele said in an interview.

The other bankers participating in the lawsuit include Dolunay Moser, who was allegedly told a woman her age should consider real estate instead of banking, and Minerva Elsayed, a woman of Egyptian descent whom Greener allegedly mocked for her religious and ethnic background.

The bankers complained of retaliation following complaints about their treatment, as the bank has held them to more stringent underwriting requirements for loans, in some cases, and in Dembele’s case frequently relocated him to different offices, according to the suit. Overtures to company leadership about the discrimination ultimately went nowhere, the suit alleges.

DeMello felt compelled to leave the bank after little more than a year because of the discrimination he faced, he said in an interview. He felt he needed to leave the Boston market because, in what he sees as an effort to drive him out, People’s United management rejected multimillion-dollar deals he had put together for his long-time clients, according to DeMello. He said his husband retired early so DeMello could take a new job in Florida.

“This would just be the tip of the iceberg, in my opinion,” DeMello said of the allegations in the lawsuit. “It’s an accepted culture there. That’s the only way I can describe it.”